We are a focused organization with the expertise and insights to advance innovative new therapies.

With demonstrated clinical development and commercialization expertise, VIVUS is dedicated to addressing the therapeutic needs of patients with serious medical conditions and life-limiting diseases.

We develop high-potential molecules that have compelling safety and efficacy potential, and transform them into proprietary products that enable significant advances in patient care and outcomes.

We strive to meet our goals of improving patient quality of life, giving healthcare providers new treatment options, providing a collaborative environment for our employees and creating value for our shareholders.

For Patients With Unmet Medical Needs 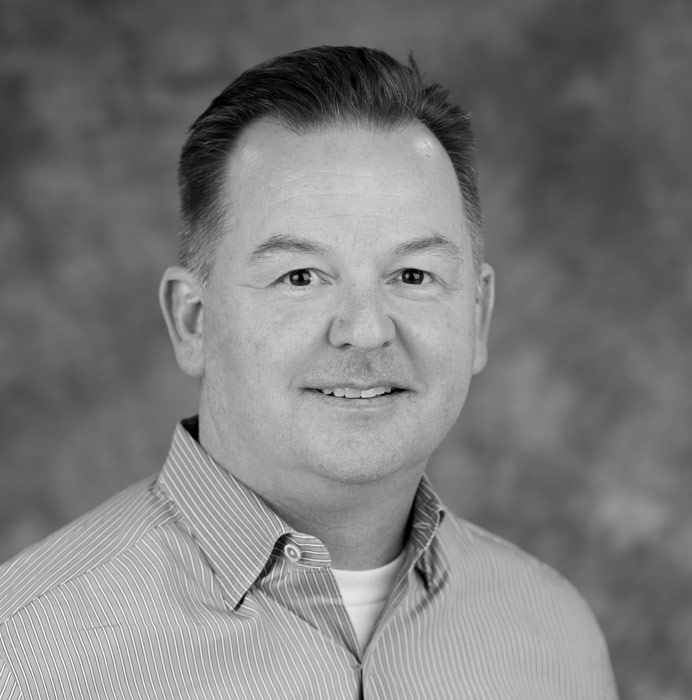 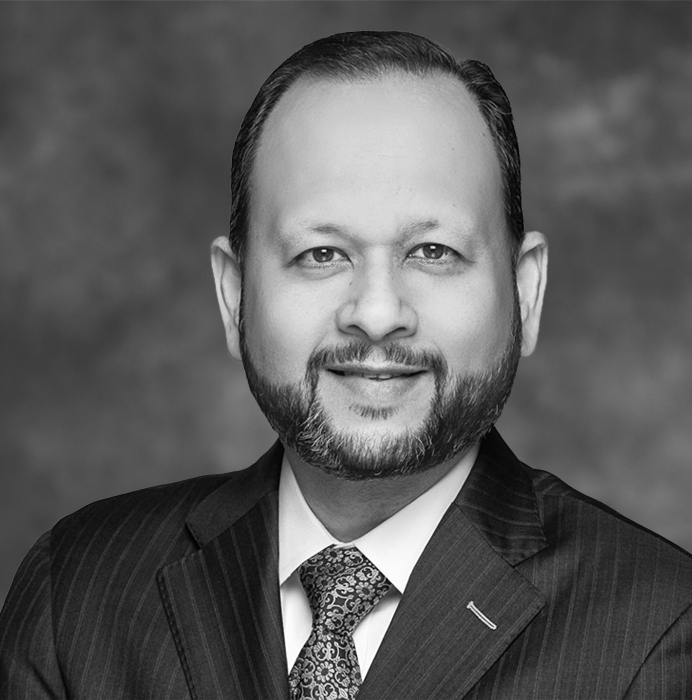 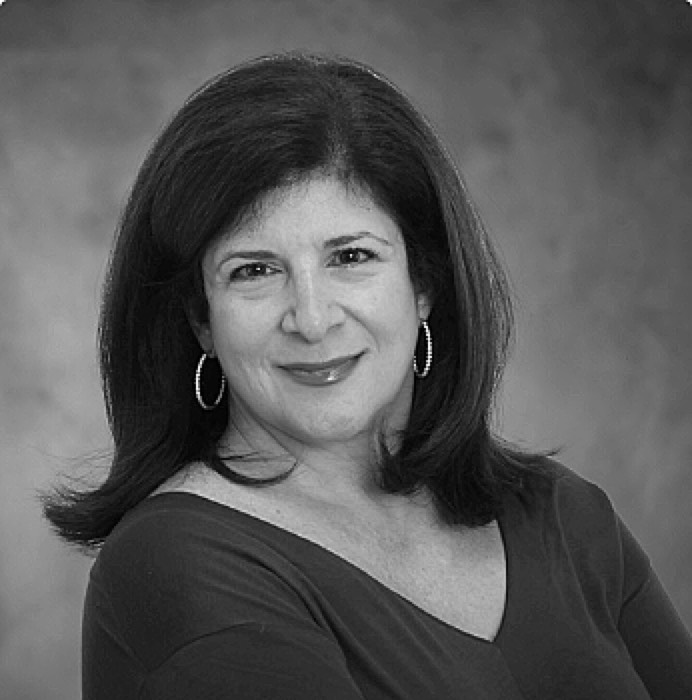 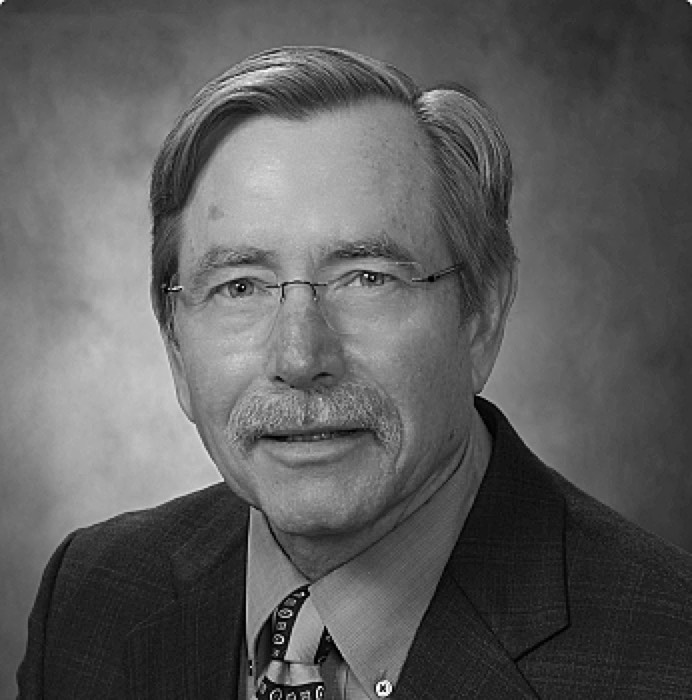 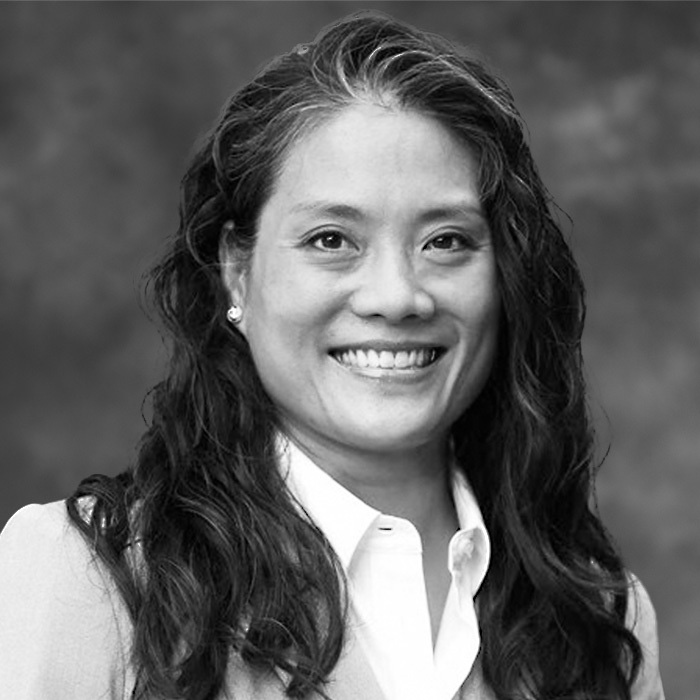 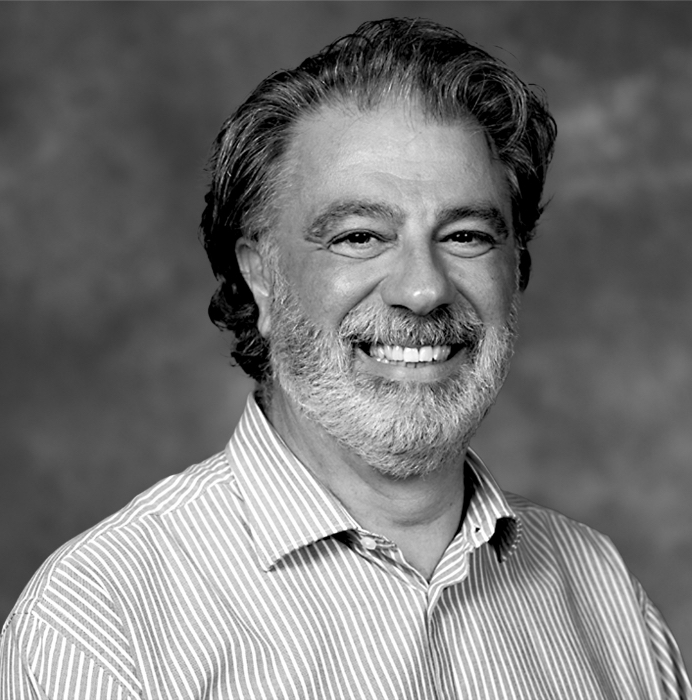 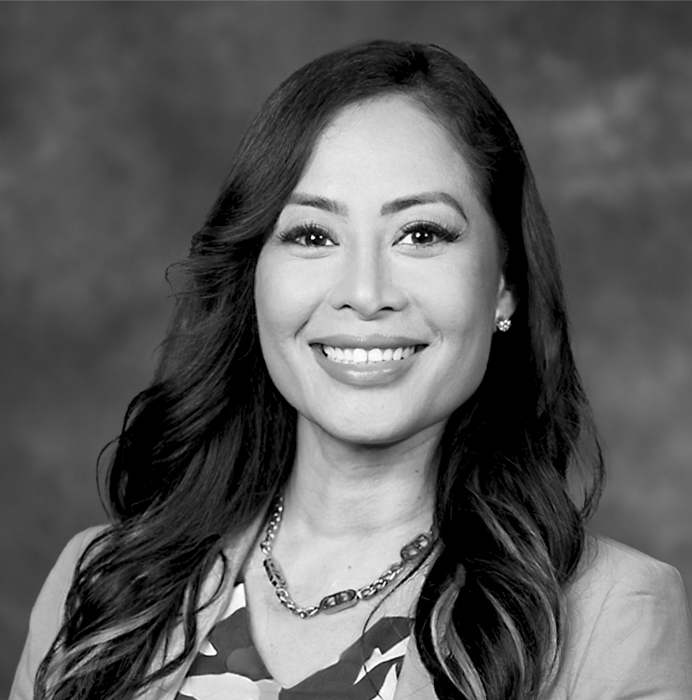 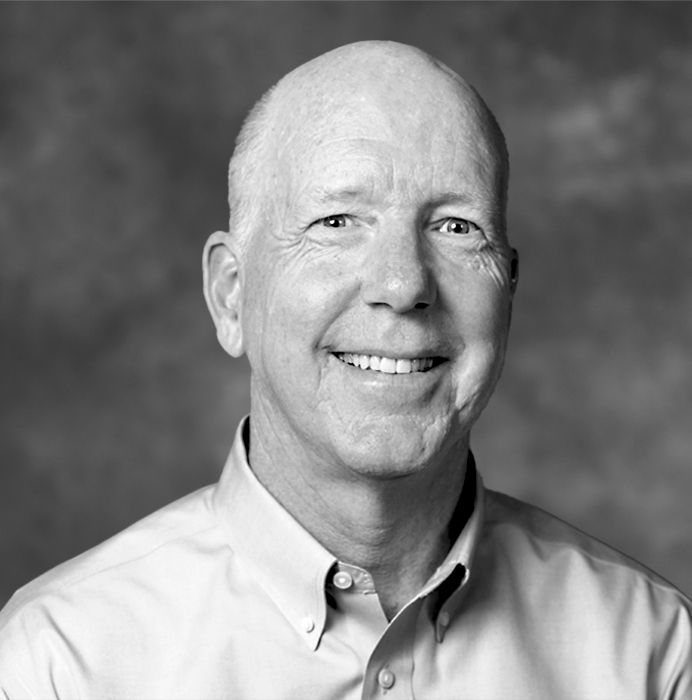 Ms. Larsen has been Chief Strategy Officer (Commercial Operations) since August 2018. Prior to that, Ms. Larsen served as Chief Commercial Officer beginning in December 2016, and Vice President, Marketing overseeing Consumer and Professional Communications, Market Access and Business Analytics from January 2016 to December 2016. She joined VIVUS in February 2015 as Director of Marketing. Prior to joining VIVUS, Ms. Larsen held Global Marketing roles with GSK Consumer Healthcare from 2007 to 2014, with a leadership role in the obesity business since 2010. From 1996 to 2007, Ms. Larsen held the position of Sr. V.P., Management Supervisor at ICC, a Healthcare Communications Agency based in New Jersey. From 1987 to 1996, Ms. Larsen served in several Marketing and Brand Management positions at Novartis. From 2013 to 2014, Ms. Larsen also served on the Board of Directors for the Healthcare Businesswomen’s Association (HBA) Metro Chapter. Ms. Larsen has a B.S. in Biology from Ramapo College of New Jersey and an M.B.A. from Fairleigh Dickinson University.

Mr. Broman has been Vice President, Chemistry, Manufacturing and Control since February 2009. Mr. Broman joined VIVUS in January 2006 as Senior Director, Chemistry, Manufacturing, and Control. Prior to joining VIVUS, Mr. Broman was Executive Director, Project Management at Durect, Inc. from 2001 to 2005. From 1994 to 2001, Mr. Broman held Senior Management positions in Operation and Project Management at Matrix Pharmaceutical, Inc. From 1988 to 1994 he was Director, Analytical Services at Cygnus, Inc. and from 1976 to 1988, Mr. Broman served in several positions in Syntex Laboratories, Syntex Chemicals Group, Corporate Quality Assurance, and Corporate Technical Services. Mr. Broman has a B.A. in Biochemistry and Molecular Biology from the University of California, Santa Barbara.

John Amos has served as our Chief Executive Officer and a director of the Company since April 2018. From May 2017 to April 2018, he served as the Executive Chairman of Willow Biopharma Inc., a biopharmaceutical company. He served as the Chief Executive Officer of ORIX Healthcare Capital LLC, a private equity and venture capital investment company, from October 2012 to April 2017. Mr. Amos served as the Operating Partner and Portfolio Company Board Member of BioVeda China Fund, a financial investment company, from February 2008 to October 2012. He served as the Chief Executive Officer and President of the Oncology Therapeutics Network (acquired by McKesson Corporation in November 2007), a physician services company, from June 2005 to November 2007 and was a special advisor to McKesson Corporation, a public healthcare services company, from November 2007 to May 2008. Mr. Amos served as the President of the Oncology Therapeutics Network of Bristol Myers Squibb, a publicly traded biopharmaceutical company, from June 2003 to May 2005. He held executive roles in finance and technology in McKesson Corporation from March 1995 to April 2003. From 1991 to 2003, he served in the United States Air Force and the California Air National Guard in Tactical Fighter Operations. Mr. Amos has previously served on the board of directors of TD2, Navigating Cancer, CITIC Pharmaceuticals, Aesyntix Health, Prodigy Health, Apollo Health Street, Quinian Health, Oncology Therapeutics Network and Matawan Pharmaceuticals. Mr. Amos served as a member of the Scientific Advisory Board at MD Anderson Cancer Center Institute for Applied Cancer Science (IACS) and was a health policy advisor to Governor Jeb Bush’s 2016 Presidential Campaign. He has been appointed as a Trustee of the Global Leadership Council of the University of California, Davis Foundation. Mr. Amos has been named to the Information Week Top 500 CIO’s twice, won the Frost and Sullivan Award for Corporate Innovation. He studied Economics at the University of California, Davis and has a B.S. in General Business from the University of the State of New York.

Eve Lai joined as Vice President, Human Resources in September 2021. With over 20 years’ experience in human resources, Ms. Lai has worked at both public and private companies. She has served in global leadership positions in the life sciences and high-tech sectors, most recently as Head of Human Resources for Codexis, Inc., a publicly traded biotech company, from April 2015 to September 2021. From January 2014 to April 2015, Ms. Lai led Human Resources for CollabNet, a privately held company which was part of the Vector Capital portfolio. Ms. Lai was also part of the leadership team merging Micrus Endovascular with Codman Neuro, a Johnson & Johnson company. Prior to Micrus Endovascular, she held management positions with various companies. Ms. Lai earned her M.B.A. from Arizona State University, her B.S. in Hospitality Administration from Georgia State University, and is certified as both SPHR and SHRM-SCP.

Alessandro Giacometti joined VIVUS in October 2022 as Vice President & General Manager Europe. Prior to that, during his 31 years in pharmaceutical industry, Mr. Giacometti served at Roche, Pfizer, sigma-tau and Takeda. He started his career in 1991 at Roche Italy as medical rep in his hometown, Rome. Between 1995 and 1998 he served as the CNS brand manager at Roche Italy, based in Milano’s headquarters. Mid-1998 he joined Pfizer Italy where he held positions in marketing and business development (commercial assessment of pipeline phase II/III). In 2000 he joined sigma-tau, an Italian company, as Marketing Director for the cardiovascular and metabolic portfolio, returning to Pfizer in 2011 being appointed Business Development Team Leader (pipeline and licensing in). In 2005 he started his international career with Pfizer relocating to the UK and taking the role as Team Leader/Marketing Director, Europe & Canada, for the cardiovascular and pain/inflammation categories. In 2011 he was promoted Senior Marketing Director, Emerging Markets leading the team managing the Pfizer portfolio. In late 2012 Mr. Giacometti joined Takeda International, relocating to Switzerland, where he held positions as Head of the Cardiovascular Portfolio, Head of Commercial Assessment of External Opportunities and Global Product Lead until 2016. From July 2016 until August 2022, he served as Takeda’s Global Commercial Lead, leading the global launch of a breakthrough treatment based on stem cells. Mr. Giacometti earned his University Degree in Geology from the University of Rome, “La Sapienza”. Mr. Giacometti, an Italian citizen, will be based in Switzerland where he lives with his family.

Melissa Shields has been the company’s VP of Business Analytics & Digital Marketing since March 2022. Prior to that, in June 2020 she served as the Head of Business Analytics & Digital Marketing and in Sep 2018 she was the Director of Marketing and Commercial Operations, Qsymia. Prior to joining the company in 2015, Ms. Shields has held management positions in pharmaceutical sales since 2008. Ms. Shields has a B.S. in Organizational Leadership from Southern Nazarene University and an MBA in E-commerce from University of Phoenix. She currently serves on the board of directors of a non-profit organization, Operation Bliss.

Charlie Swanson has been Vice President of North America Sales since January 2022. Mr. Swanson joined VIVUS in June 2012 and has served as District Sales Manager, National Sales Director, and Head of Sales. Mr. Swanson has over 30 years of leadership experience in pharmaceutical sales, spanning multiple therapeutic areas. Before joining Vivus, Charlie served at Searle, Pfizer and Novartis pharmaceutical companies. Mr. Swanson retired as a colonel in 2006, after serving over 25 years as a Field Artillery officer in the United States Army and United States Army Reserve. Mr. Swanson has a B.S. in Science and Engineering from the United States Military Academy, at West Point, and a M.A. in Public Administration from Golden Gate University.

You are about to leave the VIVUS LLC website

Links to third-party websites on VIVUS.com are provided solely for your convenience.